Top 10 Video Game Swords That Are Also Other Things

Swords are great for slicing, dicing, making video game characters look cool and gamers feel badass. Many swords have achieved legendary status through insanely over powered attacks. There’s the Blades of Chaos wielded by the Ghost of Sparta, Link’s Master Sword and the Buster Sword to name a few. The most handy blades are the ones that multi-task. That can turn back time, summon ice dragons and open those jars you just can’t manage on your own. So now, IGCritic presents the Top 10 Game Blades that are also other things.

First up is Excalibur as featured in Tomb Raider Legend. From mythology to scientology, the mythos of Excalibur is revealed to be an alien interface that has influenced Earth throughout the ages. Lara Croft has successfully busted every other ancient myth on our planet, it was only a matter of time before she stumbled onto the existence of other worlds. Believing that by collecting all the pieces of this game blade scattered across the globe and re-uniting them she may solve the mystery surrounding the disappearance of her mother, back when she was a wee lass. Alien technology is always cool and this blade is the key to extinguishing the trauma of her past, the portal to another world and shoots energy beams. Have you ever seen the Getusga Tenshu attack from Ichigo in Bleach anime? It’s a bit like that.

9) The Blade of Ahrah from Dust: An Elysian Tale

If you were to awaken in an unknown glade, surrounded by darkness, your memories shrouded in amnesia, you yourself may question the abnormality if a glowing sword flew up to you and started having a chat. If that doesn’t make you question your sanity, just wait ’til the flying cat turns up. The true purpose of the Blade of Ahrah, aside from being a weapon of legend, is to balance the two souls that compose the form of Dust, a mystical hero called in times of great strife. A new being created through the combination of two recently deceased souls. The sword acts as a teacher, instructing Dust in combat, magic and ancient secrets long since lost. Ahrah guides him on his quest to heal the land, protect the innocent and hunt for sheep for… reasons.

8) Keyblades from the Kingdom Hearts Series

The Keyblades. They may not all be necessarily sharp but when a melee weapon has been imbued with this much power it becomes possible to slice through buildings, repel the forces of darkness and do some mountain sized landscaping. For a novice its very handy for hitting heartless over the head and unlocking a chest or two. In the hands of a master it can uphold justice, reveal the secrets of the heart and make entire worlds tremble in the wake of its power. Sora mainly uses it to hit things. Yet for Aqua, Terra and Ventus who have studied it’s mysteries, it can bestow them with protective armour and even transform into a vehicle for transport through the space between worlds. That is one cool key.

7) The Ego Sword from The Bards Tale 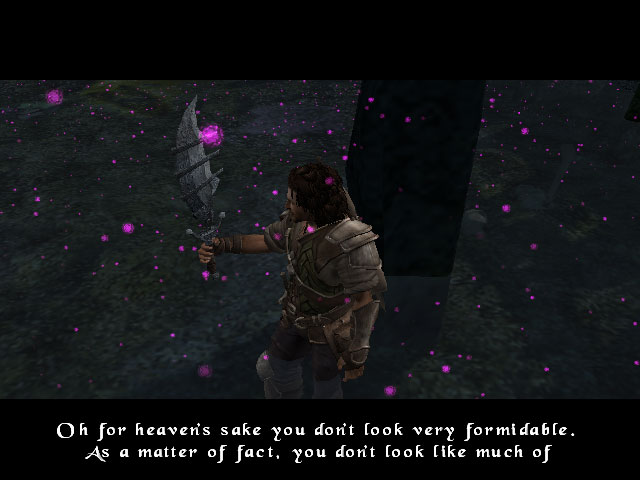 When questing for coin and cleavage, life is always more cheery with a song. Though you can give the “Bad Luck to Be You” song a miss. The Bard makes use of many weapons in his quest to save yon maiden imprisoned in the tower by a mysterious cult of druids. His main talent lies in using his musical lute to summon archaic creatures of all shapes sizes and elements. The lightning spider is just too cute. While questing he receives the Ego Sword as a reward for saving some Firbolgs after a nasty cave-in. Many would revel in the joy of owning an intelligent charming serenading sword such as this. The Bard, not so much.

The Bloodskal Blade is secreted away on the isle of Solstheim, just North East of Skyrim, in the Dragonborn DLC. It can be found deep in Bloodskal Barrow in “The Final Descent” quest. It has been lying there for centuries. Is the red cerated edging from decades of rust or battles of bloodshed? So many questions. Once collected it can be ferried over to Skyrim to use as ye will. It packs a punch up close and from a distance. This heavy two handed weapon may look slow, and it is, but when performing a power attack it also unleashes a devastating energy wave. When sliced through the air it releases a destructive wave of energy that soars ever onward, colliding with multiple targets, making it a great choice when confronting groups of enemies. It also mimics Ichigo’s signature technique.

5) Soul Reaver from The Legacy of Kain Series 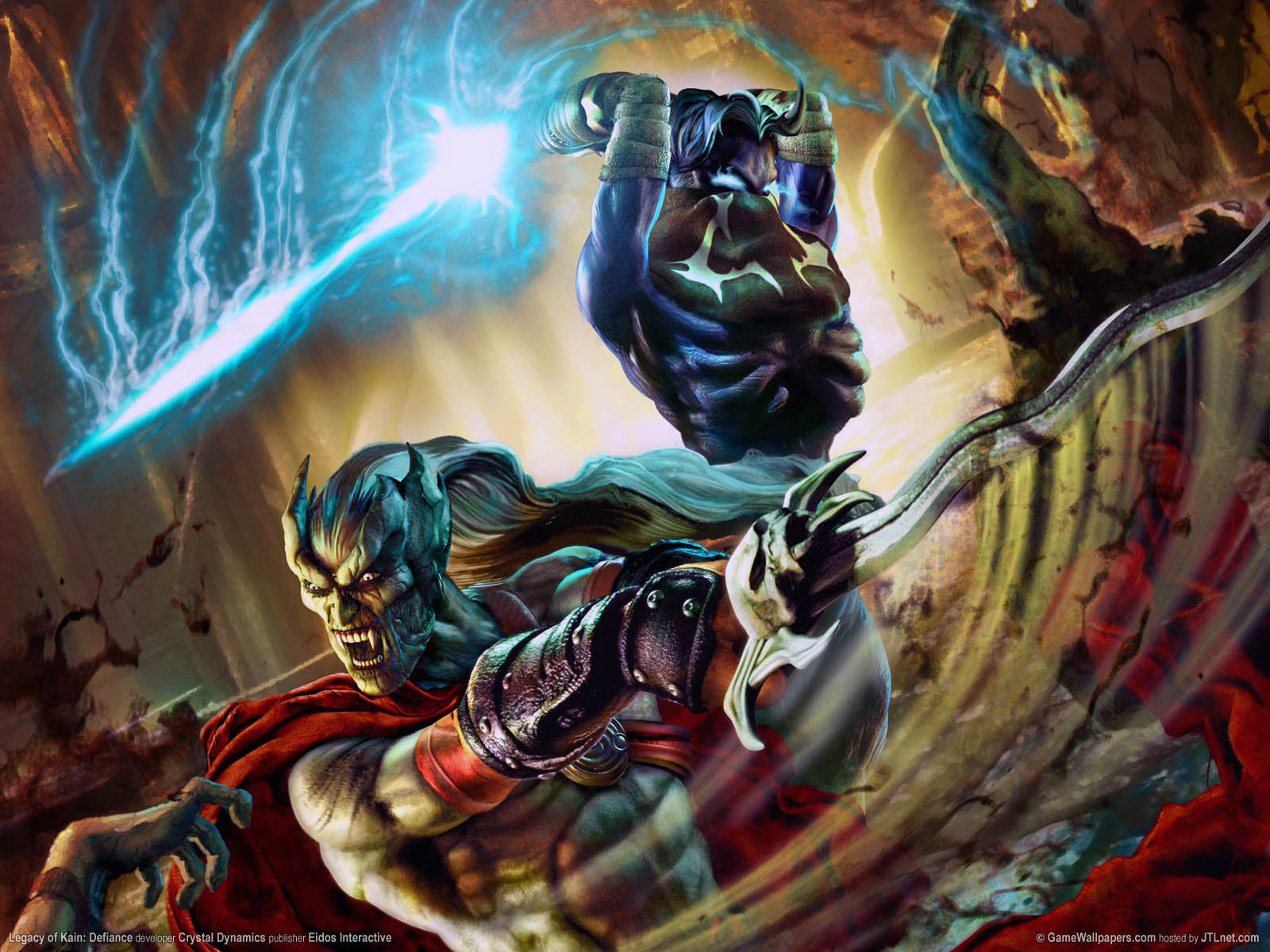 The Soul Reaver is an Iconic game blade in the vampiric history of Nosgoth. It is revered as a holy relic and rightly so. Dangerously powerful in the hands of mortal men, when born by a child of the night it grants near infinite possibilities. The sword itself feeds on the blood of the slain and empowers its wielder, sustaining them, making them nigh invincible. Yet it is more dangerous still. If two exact copies of the reaver ever meet in time and space, the distortion is the only thing chaotic enough to unravel the scheme of history. There is even a prophecy tied to the reaver concerning Raziel. Depending on how you interpret the prophesy, it was either made for Raziel as a weapon of the saviour, or to imprison him as a demon scourge in an eternal time loop… ain’t that a kick in the head.

4) The Red Queen from Devil May Cry 4

Next up is the Red Queen, part blade, part motor engine, wielded by Nero in Devil May Cry 4. Used exclusively by “The Order of the Sword,” it was invented by Angus, their resident scientist. Or rather their resident mad scientist. Sporting a sleek red finish, the handle of the Red Queen is an actual throttle that, when geared up, coats the edge of the blade in a highly flammable demon savage liquid that combusts on contact. And thats not even the fun part. With enough Demon Souls you can unlock the skill to impale your enemies, slam then to the ground and ride them like a Harley. Theres just something about the sound of revving that gives battling the forces of Hell a higher adrenaline rush. The sword also lends itself an innuendo or two. 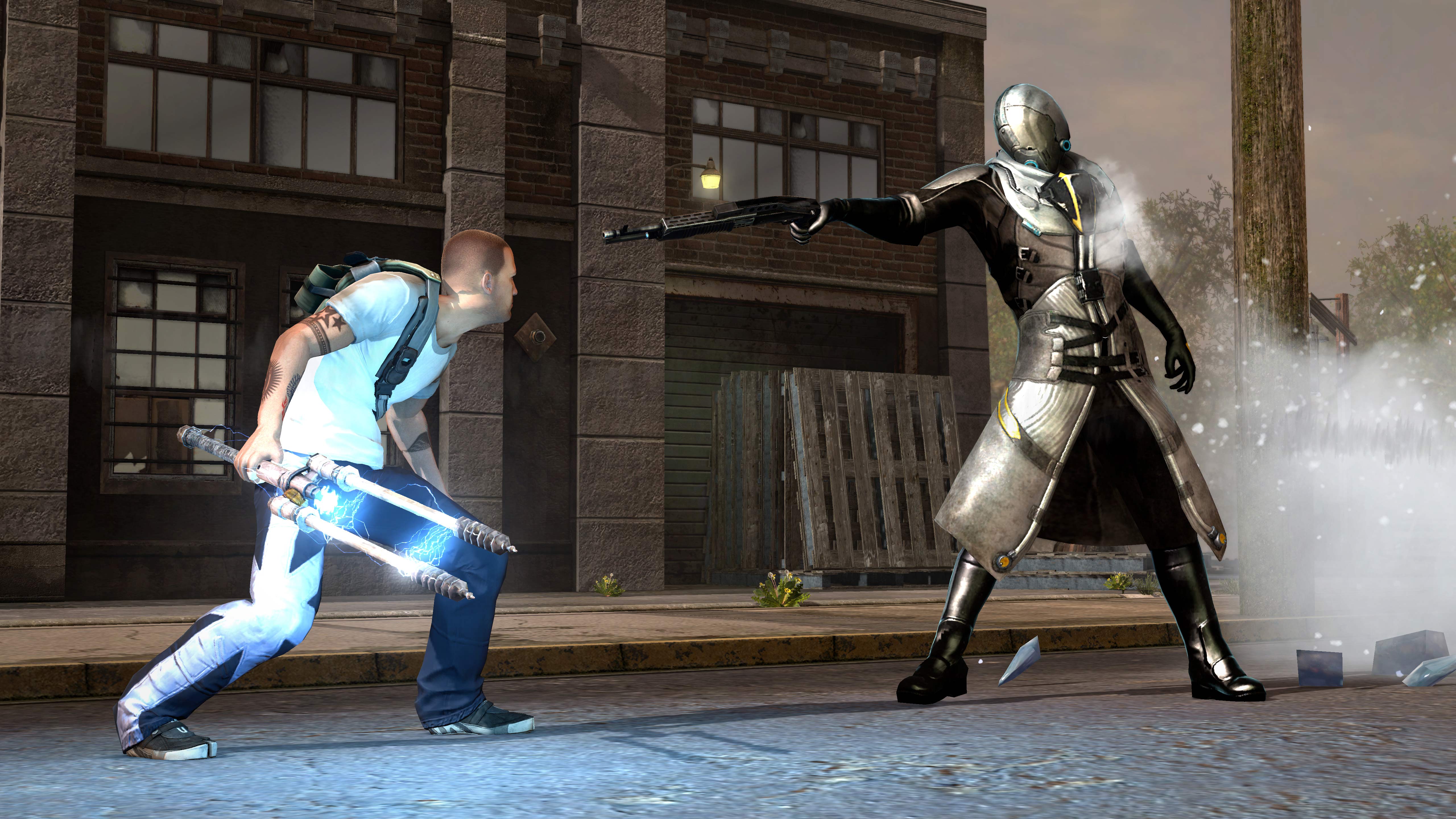 Wielding electricity based powers, conduit Cole McGrath is well aware that all Energy follows the path of least resistance. The AMP is designed by his friend Zeke with this principal in mind to harness Cole’s shocking abilities into a more focused, channeled form of attack. As the name suggests it also amplifies the power of his attacks. Rough housing with zappy fists is now a thing of the past, as the AMP lends a certain finesse to his fighting style while beating back bodies of bug monsters. It is comprised of two conductive metal rods extending from the hilt, with mini tesla coils on the tips. It can retract for carrying convenience and it looks great with urban street wear. 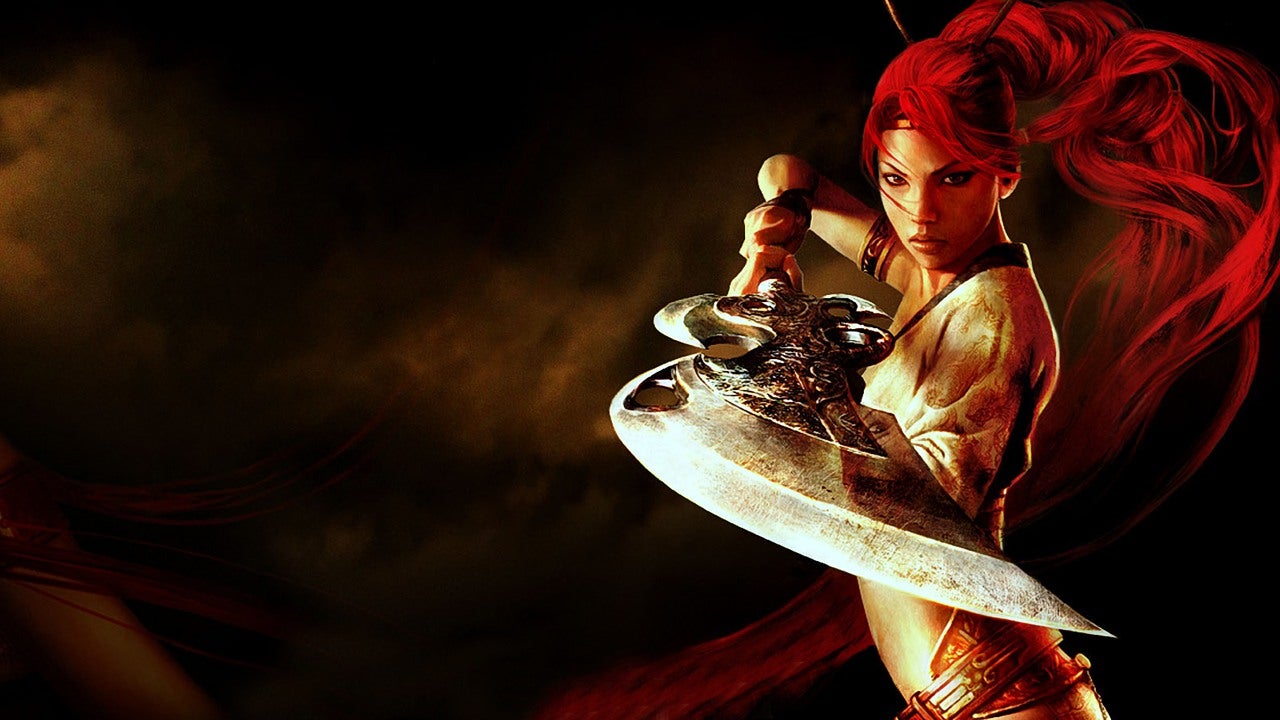 It’s big. It’s beautiful. It’s more than a little cursed. Though all signs indicate that Nariko is the rightful born wielder of the blade, the heavy burden of being the reincarnation of a deity is coupled with the fact that anyone who wields the Heavenly Sword will die. The price of power sucks, what can you do? The intricate design of the Heavenly Sword permits three different fighting styles. Slam your foes with the mighty blows of its singular combined form. Whirl around with the grace of a very sharp ballerina in range stance, using it as a Kusarigama. Or take out the opposing forces fast and ferocious as Dual swords. It’s more than a simple blade. It’s an arsenal of blades and truly a weapon of the gods!

Streaming into the future, the Transistor Blade is one of a kind. This great sword looks like a heavy duty piece of tech that probably comes with wifi, bluetooth, and maybe even Netflix. When impaled on this hefty USB stick, a person becomes trapped inside its circuitry. The Transistor sword can digitise a persons soul and store them in a virtual plane within itself. The blade is personified by a man who gave his life to protect protagonist Red and can access all the data of the stored souls for information and strategic attack upgrades. In a city this wired, you couldn’t have a handier tool. It can hack security, information systems and deal serious damage to the enemy robots known as the process, through lasers and combustibles. Ain’t technology great.

Those were ten video game swords that are also other things. Do you know any weapons that double up their usefulness with an alternative purpose? How would you rate these game blades in terms of practicality and favouritism? Which is your number one? Let us know in the comments section on YouTube and please remember to like and Subscribe 😉