IGCritic presents these 7 unfit mothers in video games.  Mums are great aren’t they. They raise us, teach us, shower us with love and affection and prepare us for the epic quest ahead. Well not in these games they don’t. Here they are mean, selfish and over bearing till it kills you. 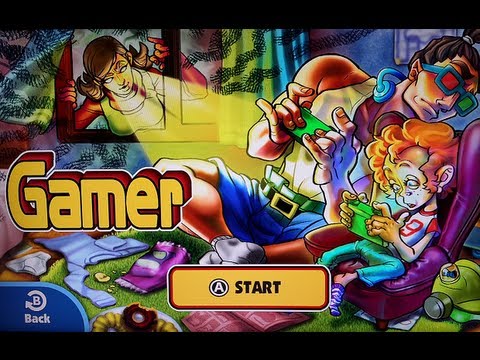 Kids and video games go hand in hand. Like beans on toast, curry and rice, fish and chips. Now I’m hungry. The point is, some mums have the notion that video games are bad for children. They will rot your brains, give you square eyes, turn your skin green etc. So when chipper young 9-Volt gets a new game, he plans to play well into the early hours of the morning. But gamers don’t need sleep. High definition graphics sustain us, give us energy, invigorate our very lives with meaning and purpose. The game itself was simple, you’d play a series of mini-games on your game pad while keeping an eye on the screen and an ear out for the parental warden consistently popping in to check you were asleep. Hands up if this is your actual childhood.

The truth is we all need a good night sleep, no matter what our age may be. For that, she’s a pretty good Mum. What makes her an unfit mother is how she goes about it. She stomps up and down the corridor. She practices handstands outside your bedroom window. She breaks the laws of physics and comes out of your TV. If her probing eyes don’t convince you she means business, the music certainly will. Thats not parenting, that’s creepy. She spends more time worrying that you aren’t sleeping, when she should be dealing with the old man who casually opens your bedroom window in the dead of night. 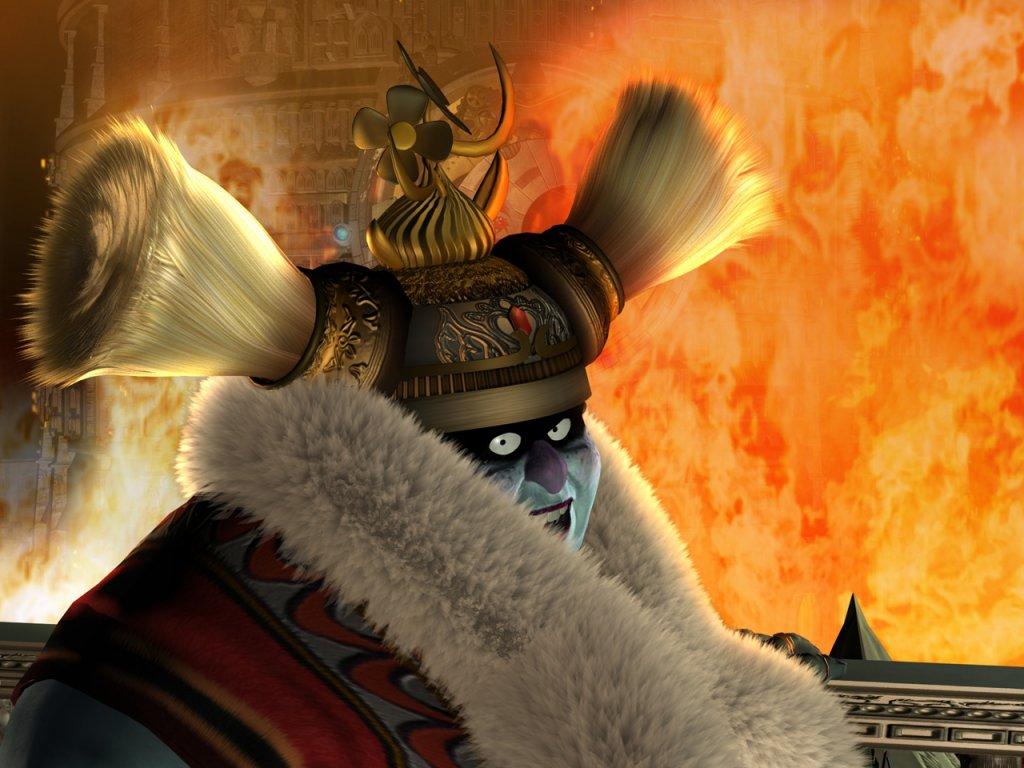 Ah to be a Queen. The pretty gowns, the balls, the parties, everyone addressing you as your “highness” or “your royal majesty.” Your own army of airships and courtiers to fulfil your every whim. Secure in the knowledge that being Queen you have the power to do whatever you want and that everyone should bow to your will. That’s what Queen Brahne of Alexandria believes at any rate. Apparently she used to be a real sweetheart. At some point, greed got the better of her, and her lust for power grew until it eclipsed the world. Her secretly adopted daughter, Princess Garnet, is well loved by the people. Yet as Garnet matured, so too did Brahne’s lust for power.

Brahne was patient, biding her time she waited until Garnet was old enough to extract her birthright, the magical summon stones of the Eidolons nestled inside her, nurturing Garnet to maturity, raising her in the ways of royalty and refinement. After finally gaining the power she long sought, The Queen sends assassins to end her daughters life, casting her aside like yesterdays Oglops. Brahne then rallies her army of artificially created black mages and sets forth with the mighty power of summoning magical monsters of mythical might to bring the Kingdom and beyond under her heel. If I was her daughter, I’d feel more than a little betrayed. Brahne is a selfish Queen and a terrible unfit mother.

Everyone loves Pokemon, small kids, big kids from all corners of the globe. Pokemon are awesome and there are so many to discover and train. In the Alola region, you won’t find anyone more passionate about Pokemon than Lusamine. She even formed the Aether foundation to protect Pokemon in danger, creating safe environments for them to thrive and working hard to protect and promote awareness of their natural habitats. Nothing was spared in the preservation of Pokemon. When she learned about the ultra beasts though, he affection became a compulsion. She became so obsessed with Pokemon that she even began to neglect her own family. Both her kids stole/liberated rare Pokemon from the secret research labs beneath the foundation and ran off to face the world alone.

Lusamine never stopped searching for them. The Pokemon, not her kids.  She would rather abandon humanity altogether to live in a parallel dimension with her precious poisonous squid beasts than accept any responsibility raising her family. The few times they do come face to face she speaks to them as she would any other subordinate. So what if kids can’t breathe fire, or be easily carried in a ball, or obey your every order, or learn new commands easily or be as cute as Pikachu… Where was I going with this? Oh, yeah. She’s a bad unfit mother. This queen mum has it all. An enormous castle, loyal servants and wicked magical powers. Judging her by appearance alone, its safe to say that she’s not exactly the cuddles and hugs type. She is shrouded in a cloak of shadow, has an army of shadow minions and children from the village sacrificed to her on a regular basis. The Queen keeps her only daughter, Yorda, not only confined to the castle, but suspended in an iron cage with very little consideration for comfort or hygiene. She is allowed no freedom, indeed no interaction with others of any kind, not even the liberty to walk around her own home.

Though she appears to be a queen of darkness, ‘cause, y’know, she is, she does show some apparent concern when her daughter, Yorda, attempts to flee the confines of the castle with a horned boy she’s only just met. Turns out her over-protectiveness has a more nefarious subtext. She plans to extend her own life by sacrificing her daughters soul and taking possession of her body. When Ico and Yorda continue their attempt at escape from one of the most confusing castles ever built, to prevent any further mis-behaving, she turns her daughter into a stone statue, which brings new emphasis to the term grounded.

They say there is nothing like Mums home cooking. Well there is nothing like this mums home cooking. Marguerite Baker, like the rest of the Baker family, is so much more unstable than she first appears. She takes her motherly role very seriously. She is responsible for keeping the family fed, cares for her babies and ensures that everybody behaves themselves, after a fashion. She takes pride in her cooking. Her culinary cuisine involves bones, organs and other body parts marinated only in the most cultivated of puss and other bodily fluids. It’s rude in normal society to turn down a meal. With her it just might get you killed.

She is very attentive to you and any others in her charge. Her concern is so strong that if she suspects you are even thinking of trying to get away from her, she will hunt you down relentlessly. She will never stop, never rest, never give up. Her persistence will bug you, literally. Her whole body is infested with multiple insect life forms. As they grow inside her, she considers them her babies. There are so many, she spews the things. She is very passionate about her babies. In the “Bedroom” DLC you get the full mothering, Marguerite treatment. She is a good house keeper, provided the house is a dirty giant puzzle box in a swamp. She remembers where everything is supposed to be right down to the tiniest detail. If you ever needed an excuse to keep your room tidy, she is it.

The Binding of Isaac Rebirth: Mom 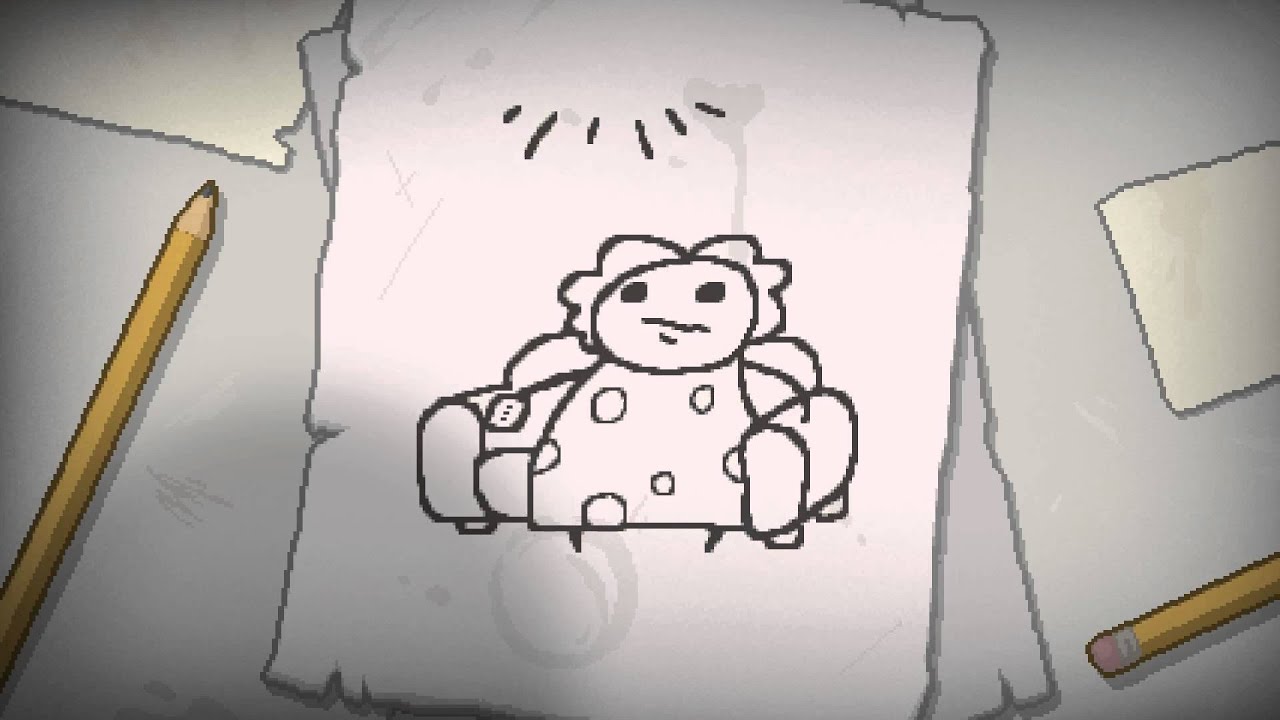 Isaac and his mother live alone in a house on a hill, far from civilisation. Yeah, that always ends well. Mum loves Isaac. She loves him so much that when a disembodied voice tells her she must take away all his possessions to strip his soul of sin, she unquestioningly does so. Sorry Isaac, that means no toys, no teddies and no clothes. Sad times. I guess too much tv really is bad for you. A second time, the voice speaks to her of Isaacs sin and she locks him away from the outside world. But when the voice asks her to sacrifice her son to prove how devout she is, Isaac rushes into action, seeking a way out. He manages to escape through a hidden trap door and then another descending deeper into the basement, through catacombs, deep away from the light of day. But mother is always watching, never far behind.

In fear of Mom’s wrath Isaac must face all manner of fear and psychosis. Isaacs abandonment just breaks his mothers heart, quite literally if he wants any chance at survival. She is tower of a woman, who can’t quite seem to fit into the basement after Isaac. Still her determination pushes her to squeeze through any crevice, forcing her way into the boss chamber, in order to do God’s work and end her sons life.

The citizens of Ferelden are always on high alert whenever a blight falls upon the land and the women have more than death to fear. Serious trauma can seriously warp your perception. All broodmothers began life as a standard woman, be they human, elf or dwarf. Abducted from her home and hearth, she is then tainted with darkspawn blood. Once in captivity, the Darkspawn have ways of breaking their captives, both physically and mentally. First, they force feed them darkspawn flesh. Then they are force fed darkspawn… the polite word is regurgitation. This begins their mutation into an insectal monstrosity for the sole purpose of endlessly birthing darkspawn soldiers to be sacrificed in the cause of humanities elimination.

Normally they aren’t too fussed about the fates of their litter, usually eating one or two of them for sustenance, to sate their carnivorous tendencies. This unfit mother is slightly different. The Mother, has been awakened by the Architect, freed from the thrall of the arch-demon, the tainted dragon leading the blight upon the land. Freed from the link and goal orientated drive that all darkspawn share, she is driven mad by the guilty weight of her actions and the monster she has become. Her goal is to reconnect herself, and others who share her dismay, to the call of the old gods. Not just her but all her children as well, binding all her family to the mindless whim of a higher power. Rather than educate her spawn, and work with “the father,” to bring peace to the land to eradicate the blight from history, she chooses to damn all her offspring to mindless servitude and inevitable bloodshed.

Those were seven unfit mothers in video games. Do you know of any other bad mum who ruin the fun? Maybe you have some bad dads to add to the list. Please feel free to leave me a message in the comments section below the video on YouTube, or through the social media links listed in the description. Feel free to chat about any games you want, as the saying goes, everyone’s a critic.