No One Wanted To Adopt These Stray Puppies, Until They Met This Rescue Tortoise

Seeing abandoned puppies out on the street is one of the most heartbreaking things in the world. They are too small to know how to fend off for themselves and finding food while living on the streets is not an easy task.

This is why Andrea who is an animal rescue employee decided to adopt a litter of puppies after finding out they don’t have a home. To Andrea’s surprise, the little puppies made an unexpected friend, and you won’t believe who it is! 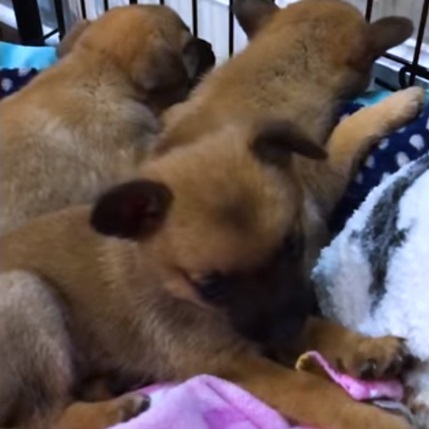 Andrea works at the 2nd Chances Rescue center, and that’s where she received a call from a man who found four little puppies running in his backyard. The man didn’t know what to do with them, and he wanted to get rid of them.